Today we are going to break down the six or is it five; it’s six, the six easy steps to approaching a desirable woman.

As a hunter on the Great Plains of the Sahara, be aware of your surroundings. Okay, so, know the right time and when to approach her. If you are sitting in a club and she’s got four other blokes around her, probably not the right time. Seize your moment properly. How are we going to know it’s the right moment? Eye contact, my friend, eye contact. Okay, so you are looking over at her, and you think she is looking back. You wait for that moment of eye contact, and then you don’t stare at her like this. Don’t constantly be clocking her. She is looking for thinking, oh my God, oh my God. You are going to get kicked out of the bar. Or you’re going to get your ass kicked, then get kicked out of the bar. Alright, lots of kicking involved. Okay, so seize the moment right. She is looking at you; you are looking at her, you make eye contact. And do some gesture to show that yes, you like her, you’re not intimidated. And this will give you the precursor to approaching. So when you do keep making eye contact, then maintain it, but then you give her a little nod, and a half smile, like that. It’s going to show you’re confident, and she is going to be aware you’re going for it. She will probably look away, straight away, embarrassed and be like, oh God, that guy’s nodding at me. But it shows that you are confident, and you are making her aware that the Great Plains hunter is here and he is ready to strike. So then that point is the right moment, mixed with eye contact. 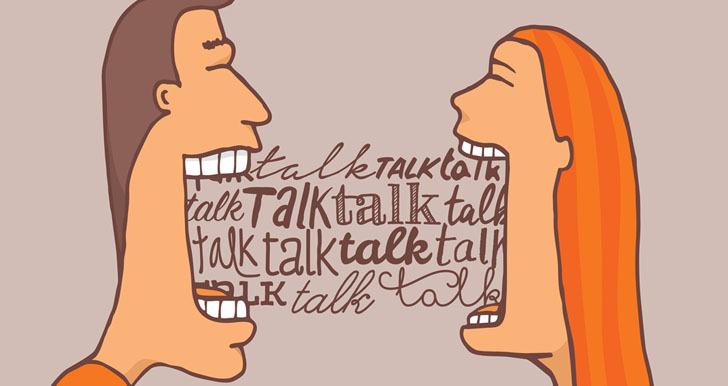 And meeting her is going to be great, but say hello to everyone. Introduce yourself to some other girls who you are not interested in. Use them to impress her. She’ll think, oh look, he’s speaking to other girls. Everyone knows him; everyone likes him, he is a social creature. So, start speaking to people. You know, it doesn’t matter what you say. You could turn to another group of people and say, “Hi, I’m a complete idiot, “I don’t know what to say to that girl over there “but you know, you make look cool, bye.” And then approach her. You do that, and she is going to think, wow, that guy was having a cool, deep, interesting conversation with those people, they are having a great time, he’s great. When really, you’re a weirdo. But she doesn’t know that. And you don’t care because you are about to approach. So she is seeing you interacting with the people, having a great time, it shows that you are the man in the party; you’re a social guy.

It’s now time for the approach

Okay, so now we have made a little bit of fleeting eye contact and a little smile. We’ve shown that we are a social creature having fun with everyone in the club, having fun with your mates. It’s now time for the approach. That’s going to be scary guys, so don’t overthink it. It’s the main thing. You’ve got to do it. You’re going to regret it if you don’t do it. Choose your moment. What I like to do is think, I’m going to go for it. And I just think to myself, alright, that’s it, let’s roll. Say that to myself in my head as I’m walking. Sounds ridiculous, but all those words, alright, that’s it, let’s roll, covers half a journey, and gives me a bit of a vibe. Alright, that’s it, let’s do it. Say it to myself in my head, don’t shout it out loud. That would be bizarre; she’ll think like, what’s he going to do? Is he going to come and smash me in the face with that glass he is holding? In the head, guys, in the head. Let’s keep it up here. Alright, anyway, so, say something to yourself in your head to get yourself, you know… to give yourself a pump. Have your catch phrase. It can be something like; I’m simply the best. No, don’t do that. If you have that playing in your head, dude, it’s over. No one is going to like you. Anyway, give yourself a little catch phrase, something which gets you going. You can count to five. If you don’t want to have a ridiculous catch phrase in your head to make you self-motivated, which you say as you are covering those awkward five or six steps over to your female target, then count numbers in your head. What it’s going to do, it’s going to really help you to cover that ground, not over-think it. And not walk awkwardly and be like, oh God, she is looking at me, I’m looking at her, uh-uh. You simply say something in your head, which helps you cover the ground, and suddenly you’re there, in her face, and you’re talking. Which brings us to our next point.

It’s time to start this conversation

So there you are, you’re right there, and now it’s time to start this conversation. In its most basic terms, you want to go and give her a compliment. But not something sexual, don’t go and tell her she’s beautiful. Compliment her on something about her clothes, her style, something funny which is going on in the scenario maybe. And, if you can, but be delicate, you can always tease her a little bit, to show you’re not afraid.

Do not invade her personal space

So point number five does not invade her personal space. Okay, right, you have to keep good proximity from her. There are certain guys, especially in the bar, club, social scenario, who do this to men and women.

But especially women. They come too close. Keep your distance, bro. It’s too much. If she can feel your musty breath on her beautiful face, she doesn’t like that; no one likes that. So make sure you’re keeping a good half a meter. Keep a couple of feet from her, alright? You don’t want to invade her personal space. It’s not cool to do that to a man or a woman. Even if the music is loud, you’re going to have to make your voice louder. And as the conversation warms up, you can maybe lean in and speak into her ear. But at first, never come right up. The chances are if it is loud music, you are going to be shouting, spitting all over her, it’s going to be a real turn off. And, human beings as animals, our animal instinct does not invade my personal space. Yeah, I know she is beautiful. I know those boobs look delicious like two apples there. But you can’t have them, not yet, bad boy. You have to chill out and keep that personal space, alright?

She should ask you what you do back

So, our final point is going to be on how to extend the conversation a little bit. So the initial phase of the conversation you are going to be asking all the obvious questions. She should ask you what you do back. It’s giving you this great opportunity to show off about your job as a high-powered banker working the city. So play down your good attributes, your good things you’ve done in your life. So if she asks you about your job, you say, ah well, you know what, it’s got a really bad reputation, everyone thinks that we’re all complete assholes, but I’m a banker for my sins. Being a banker is cool, it means you’re really rich. But you don’t want to show off about that; you want to let her draw the information out of you. It’s going to be a lot more attractive to play down your good attributes. So you could even change that and say, I work at McDonalds, deadpan, serious. She is going to say, “What? No, you don’t.” And you go, yeah I do, like, what’s your problem? I’ve worked my way up the ladder. I’m going to be manager next year, what’s up with that? Shit’s cool, shit’s real at McDonald’s. Good burgers, good burgers, bitch. No, I’m joking, you don’t have to say that, but you know, you can sort of play it up a little bit. Make a joke out of it. And then she is going to probably go, “No you don’t work at McDonald’s.” Alright, I don’t work at McDonald’s, I work in Burger King. Nah, I’m joking, I don’t work in Burger King. But my job is boring; it’s just boring shit. It’s work. It’s work. She’ll say, no tell me, what’s your job? And you’re going to go, okay, alright, you know what, it’s just financial. I’m a banker. I’m a banker. Everyone thinks they’re such assholes, but from my sins, I’m a banker. And she is going to go, oh wow, subconsciously thinking you’re a banker, you got loads of money, oh my God. And she is going to be like, that’s quite sweet as well, cause she knows the bad reputation bankers have, as rich guys who spend all their time on strippers and money, and strippers and cocaine, and the finer things in life. She is going to have that come out of you, she is going to draw that out of you, and it’s going to be much cooler, your good information. So I use the example of a banker of the profession, but you can do this with absolutely everything. If you want to show off about how much you’ve traveled if you want to show off of your knowledge of languages or poetry. Simply ask her about relevant topics, wait for her to ask you, direct it there, take the piss out of yourself, and then boom! Bring out the good information, and suddenly, she thinks wow, that was so cool, he’s got so much about him, but he didn’t want to show off about it. When you did want to show off about it, and you tricked her, you fooled her. Alright, good tip.

Did that even make sense? This good momentum we’ve built already with this beautiful female target which you so desire.

There are no comments yet, add one below.